Sustrans doubles number of kids cycling to school in Bradford 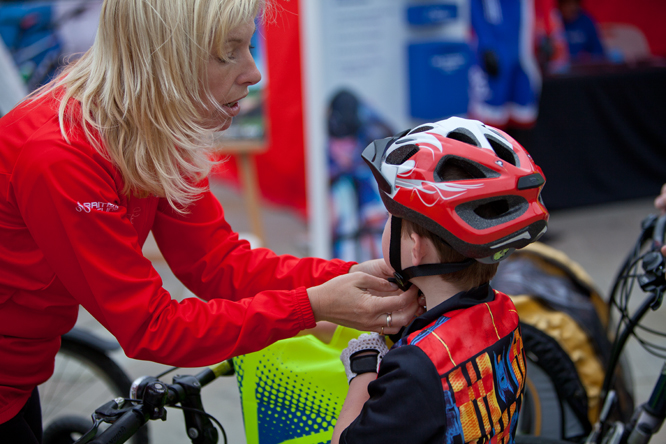 More children are getting on their bikes to school in Bradford this week thanks to work carried out by the charity Sustrans and funded by Public Health at Bradford Metropolitan District Council.

Cycling projects in 31 schools throughout city have enabled 12,178 children to participate in Sustrans activities during the last academic year. Figures from 2015-2016 showed that after two years of Sustrans engagement the number of children regularly cycling to school since 2011 had more than doubled. Numbers of children traveling to school by scooting or skating also increased, and 63% of children in the project walk to school.

The project aims to encourage children to get active on their daily journeys to school. Most school journeys are 1-3 miles, which is a perfect distance for cycling or walking and allows children to reach their recommended daily levels of exercise of at least an hour a day.

Ian Cullen, Sustrans Schools officer in Bradford said: “We’ve been working in Bradford schools now for six years so it’s fantastic to see more children getting on their bikes for their daily commute. Cycling is a great way for children and parents to boost their activity levels and have some fun in process.”

“Many children use the new Bradford to Leeds cycle route to get to school and we’re looking forward to seeing more routes like this develop over the next few years.”

17 Bradford schools took part in Sustrans Big Pedal in 2017, making a total of 12301 active journeys on bikes or scooters during the two weeks, an increase of over 33% on 2016 participation figures.