Bradford’s Capital of Cycling crew have teamed up with Bradford’s Drunken Film Festival to create a mini cycling film festival this summer.

The Drunken Film Festival (drinking not required) featuries ‘home-brewed’ talent set to showcase their work in pubs and bars alongside international submissions,  in a range of interesting categories – including, for the first time this year – cycling films.

Various venues hosted the films last year and many will do again this year, including Bradford Brewery, The Record Cafe and Theatre in the Mill.  However, this year, The Capital of Cycling Hub will be hosting the cycling category of the film and they hope to announce some great prizes and more soon.  Never wanting to do things by half, they’ve declared the festival week to be a cycling festival as well so watch this space as info about rides, displays, exhbitions and more will follow. 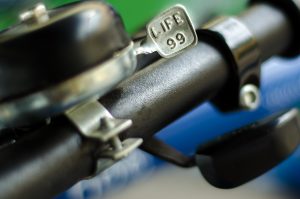 Volunteer supporters of the Drunken Film Fest originally decided to organise it after the city’s National Media Museum announced  that it was abandoning the Bradford International Film Festival, which had been attracting Hollywood heavyweights to the city for 20 years.

The event is a ‘fringe festival’ and aims to attract films that do not have distribution deals already in place.  Organiser Jax Griffin says, “The idea is that we get films that can’t get shown in theatres. We want to continue as a fringe festival for Bradford.”  She adds: “We are planning on showing a selection of feature films, shorts, documentaries, and music videos not only from all around the globe but also featuring a ‘home-brewed talent’ section focusing on local filmmakers.”

Although the festival has ‘drunken’ in the title, film-goers won’t need a pint in their hand to fit in.  “Drinking is not an essential aspect. It’s about ‘getting drunk’ on film and promoting local businesses and Bradford as a City of Film,”

Capital of Cycling Director David Robison was keen to get involved this year.  “Having seen the DF Festival grow and recognising the importance of both film and cycling to the future and heritage of Bradford, how could we not support this?  It’s going to be awesome!  We really look forward to the submissions we’re going to recieve and we have some interesting announcements we hope to make soon about the judges.  A cycling film can be anything from a film that features cycling or bikes to a film that features footage filmed on a bicylcle – bikes are cultural and artistic phenomena – not just for transport or sport – they are about your politics, your way of life!”

Prizes for the best films are already being lined up.  There will be other prizes in several categories, including best documentary, best short film, best feature film and so on. Local film-makers are being urged to submit their entries now. It’s free to enter and they can be shot on any format, including on a mobile phone.

The Drunken Film Fest is taking place July 15-21.  All screenings will be free.

For details on submitting a film and for venue information go to drunkenfilmfest.com